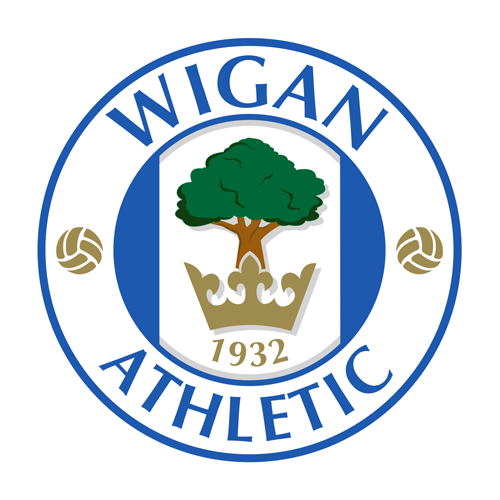 Wigan Athletic Football Club is a professional football club in Wigan, Greater Manchester, England, which competes in the Championship, the second tier of the English football league system.

Founded in 1932, the club have played at the DW Stadium since 1999, before which they played at Springfield Park. Their colours are blue and white stripes, although all-blue shirts have been common throughout the club’s history.

Wigan Athletic started its activity in 1932, which is relatively late for an English football club. Other local clubs such as; Wigan County, Wigan Town, Wigan United and Wigan Borough existed for a while.

Wigan Athletic FC have also had legends such as; Chris Kirkland, Jimmy Bullard and Emile Heskey, with their top goalscorer being Hugo Rodellega.