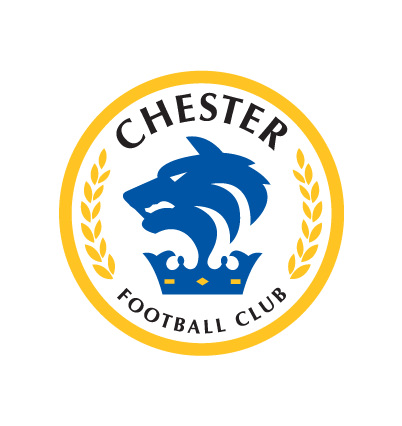 Chester FC are a supporter-owned football club based in Chester, England. The club was founded in 2010 following the winding-up of Chester City. The club, which plays its home games at the Deva Stadium, currently play in the National League, the fifth tier of the English football league system.

In the club’s first three seasons it was the successive league champions of the NPL Division One North (2010–11), the NPL Premier Division (2011–12), and the Conference North (2012–13). Although Chester FC finished in the relegation zone in its first season in the National League (formerly the Conference Premier League) in 2013–14, the club earned a reprieve after Hereford United was expelled for financial problems. The club finished 12th in the Conference Premier in the 2014–15 season, comfortably retaining their status for the newly named National League for 2015/16.

Chester will play once again in the National League for the 2016/17 season, after winning their last three league games to ensure they preserve their league status.